100 Years of Hostelling, Honored With a Stamp? 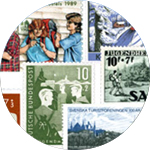 Hostels are so taken for granted as great budget accommodations that independent travelers can find just about everywhere on earth, that it’s kind of weird to think about the history of hostelling. So let’s do that for a moment, shall we?

Hostelling is coming up on its 100th anniversary in 2009. You might think the idea of hostels is much older, and that’s probably true – but according to Hostelling International, the first honest-to-goodness hostel opened in Germany in 1909. (Don’t double-check this fact with Wikipedia, because they say something different. And we all know how easy it is to screw with Wikipedia.) At any rate, hostels were once all “youth hostels,” with age limits and curfews and midday lock-out periods. These days there are fewer and fewer hostels with any kind of age limit, and curfews and lock-out times are also becoming more rare.

But to focus on the big story here, we’re talking about the 100th anniversary of the first official youth hostel being opened! That’s nearly 100 years of sleeping in big rooms full of snoring strangers, 100 years of communal meals, 100 years of making life-long friends. It’s probably only something like 35 or 40 years of toga parties or pub crawls, but that’s another story.

To help commemorate this milestone, Hostelling International is hoping to convince the US post office to issue a stamp honoring hostelling. Over the last 60 years, Australia, Germany, India, Ireland, Japan and Sweden have all issued hostelling stamps – and now the US post office is considering a proposal to issue a stamp in the United States. Several other countries are also considering a hostelling stamp to mark the 100th anniversary of the first hostel.

There is an online petition where you can show your support for a hostelling postage stamp, which the postal service is supposed to make a decision about in early 2008. For more information, see the HI page about the stamp petition.