Buenos Aires is the most European city in South America. Sometimes you might feel you are in Spain or even France … but rest assured you didn’t board the wrong plane. Buenos Aires is famous for tango, good food and historical sights.

>>read about the Things to do in Buenos Aires 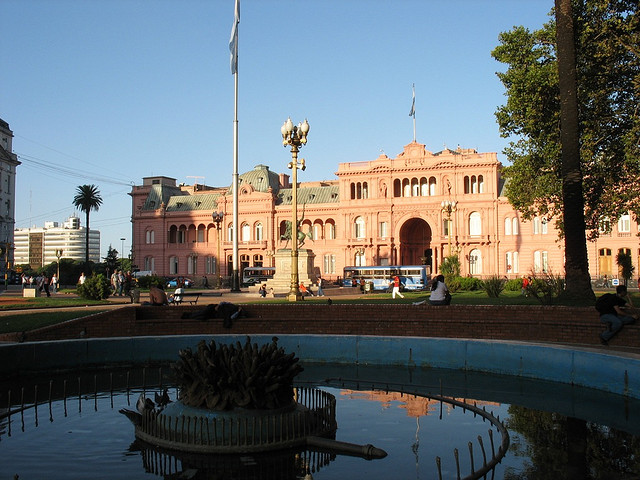 After you check in and grab a bite to eat – or at least a strong coffee – you’d probably want to start getting to know the city via a free walking tour . It leaves at 11 a.m. from the corner of Rivadavia Ave and Rodriguez Peña st. (in Plaza del Congreso).

After the tour, come back to the city center and head to Avenue 9 de Julio, which is the widest avenue in the world with 10 traffic lanes. In this area, you’ll also find Plaza de Mayo, with the original Cabildo (Town Hall), Metropolitan Cathedral and Casa Rosada, or Pink House. The latter will remind you of Eva Peron (or Madonna playing Eva).

Catch the subway to Montserrat (line A) and ride in one of the original wooden carriages. Get off at Sáenz Peña station to see Palacio Barolo , an homage to Dante’s Divine Comedy. The tower offer fantastic panoramic views of the city.

You’d probably want to sample some of the famous Argentinean food . The steak and pasta are to die for (and the pasta comes in varieties for vegetarians, too). 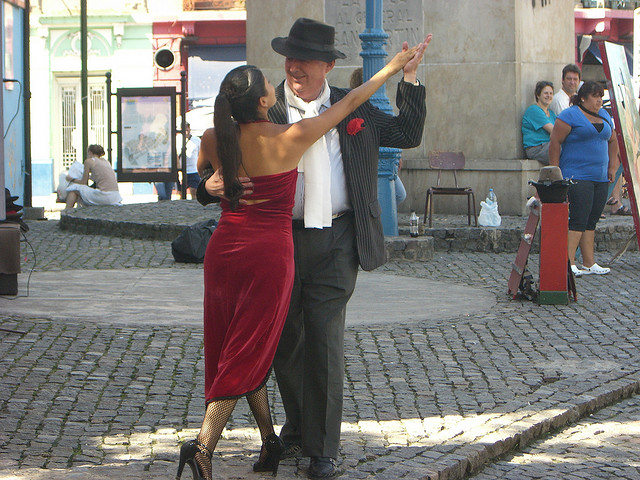 Start your day with a pastry and coffee – Portenos don’t exactly do breakfast (much like the Italians, actually). Then make your way to Calle Caminito in La Boca . The street is the cultural center of the neighborhood and is the true cradle of tango . And yes, this is where you’ll see tango being danced on the streets. You can even book some lessons!

La Bombonera – the large football (soccer) stadium – dominates the area and is the home stadium for Boca Juniors. The museum presents the club’s history (and can be an interesting choice for those passionate about football). 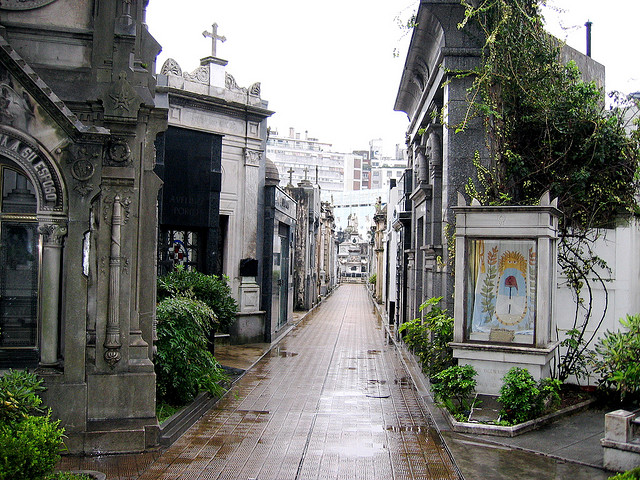 During the afternoon make your way to La Recoleta Cemetery, where you’ll see Eva Perón’s mausoleum, among others. A walk in this cemetery pretty much looks like a stroll in a very interesting street. Avenida Alvear, also in the area, makes you feel like you’ve probably landed in Paris. 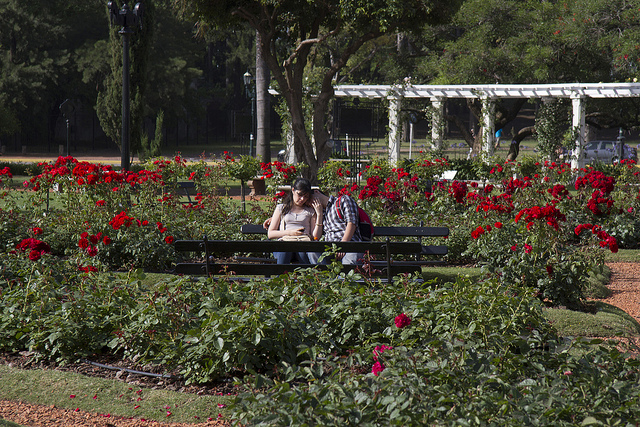 If it’s a Sunday, go to San Telmo and visit the artists fair in Plaza Dorrego. Then you can plan a day in nature.

Pick up some food for a picnic and make your way to Parque Tres de Febrero (also known as Palermo Woods). Walk until your reach the Jardín Japonés and continue until you see El Rosedal (Rose garden).

You’ll probably want to spend the afternoon doing a bit of shopping in Palermo Viejo. Or relaxing with a mojito.