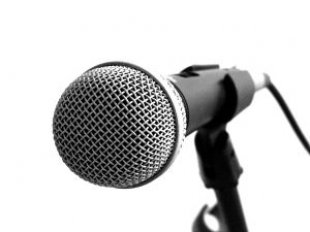 The Downtown Comedy Club is Los Angeles’ newest stand-up venue, a start up trying to get laughs from scratch in an area that is on its way back to life. Although it can’t match the big name talent of other comedy clubs in Los Angeles, the club offers a night of stand-up comedy for significantly less than the $40 the other places demand.

Built on the resume of 70 year old Saturday Night Live Alum Garrett Morris (the oldest living SNL cast member) the Downtown Comedy Club opened this year and is slowly establishing itself as a venue. The success of the comedy club seems to hinge on the success of revitalizing the area. New apartment developments, lofts, and condos spring up every day and as a younger, hipper crowd moves in along Skid Row and other down and out areas, the neighborhood should become a nightlife hotspot and bring in top talent.

But that’s a few years off. For now, the shows at the Downtown Comedy Club are affordable alternatives to over-priced nights watching comedy by famous people that you’ve seen before or can find on youtube. More than just comedy, Garrett Morris and the house band keep the energy high and put on a show.

If there’s one thing that the Downtown Comedy Club has over all of its competitors it is character. Located in the heart of Gallery Row in the Alexandria Hotel at 501 S. Spring Street, the club’s seating and under the radar atmosphere make it a unique comedy club experience.