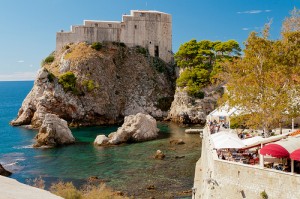 Should you decide to visit Croatia in October, you’ll be rewarded with a country not deformed by the tourism. By now, the summer high season has ended and the life gets back into the routine so you get a chance to see the country as it is. It’s the time when locals harvest the grapes and other products. But you should pay a little more attention to the ferry schedule as it’s less frequent.

October weather is mild enough to allow for outdoor activities. Generally speaking, autumn is one of the best times to visit Croatia. It’s still possible to swim in Southern Dalmatia.

While for the domestic flights the airfare doesn’t change from season to season, when you fly from abroad, expect to find cheaper flights to Croatia than during summer. Still, book the ticket at least a month in advance.

Accommodation is also easy to find and the prices are lower than during summer. But since October is a popular time to visit Croatia especially for those on a low budget, book your hostel https://www.croatialogue.com/hostels bed ahead of time.

Two major festivals take place in October in Croatia. The film festival in Zagreb features Croatian films, as well as up-coming international directors. And if you like truffles head to the Istrian Truffle Days which take place Livade, near Motovun. You can indulge in these delicacies for a fraction of the price you’ll pay in France or Italy.

The nice weather allows for sightseeing, so if you are in Zagreb don’t miss the museums, the market or the Cathedral. The things to do in Zagreb also include: the Medieval fortress of Medvedgrad and the Botanical Garden.

Dubrovnik is definitely known for its beaches and nightlife, but other things to do in Dubrovnik include: visiting the Sponza Palace, taking photos at the Great Onofrio Well or visiting the Cathedral.