Getting from Dubrovnik to Bari 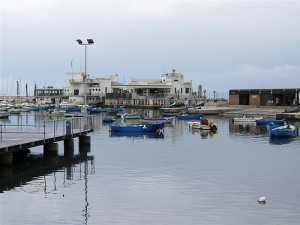 Dubrovnik , also known as the “Pearl of the Adriatic” is located on the Adriatic Sea coast and is a major travel destination in Croatia. It is also an important transportation hub for ferries to/from Italy.

Bari, located in the Apulia region of Italy , is a major commercial center and port , located on the Adriatic Coast. It is well know as being a major ferry transportation hub for those leaving Italy to visit neighboring countries, such as Croatia and Greece. But aside from this, Bari also boasts a lovely old town, with many historic buildings and sites.

Although both cities are served by airports, there aren’t any direct flights between them. The only option is to connect via Zagreb and Rome, which means you’ll pay a lot (from €293 one way in Spring 2012) and spend about 27 hours traveling.

Ferries from Dubrovnik to Bari

There are two ferry companies which operate ferries between Dubrovnik and Bari:

For prices, look under “international lines” on the website. During the low season, a deck seat costs €37.50 one way, while during the high season (Jun 24 – Aug 28), it costs €45 one way. Over the weekends, a single ticket is €52. There are also cabins available for this route.

Although Azzurline also says they run a ferry on the same route, finding the schedule and prices on their website proved to be impossible (couldn’t find anything listed for 2012).