Getting from Croatia to Greece 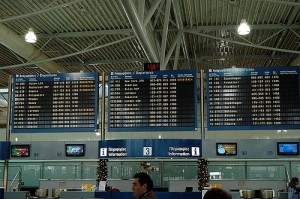 Croatia and Greece might not be that close on the map but they both offer a lot of things to offer. And many travelers think it’s a good idea to visit both countries during the same trip. Finding connections between the two countries isn’t as easy as you might think.

If your only concern is the budget, you’ll be surprised to find out that flying (through London and on low cost airlines), taking a ferry (via Italy) and taking a train cost about the same. As for the time spent traveling, it’s all about finding the best connections….so you are basically left to choose whatever suites your travel style best.

Flights from Croatia to Greece

Croatia Airlines offers seasonal flights from Athens to both Dubrovnik and Zagreb. But what do you do outside the summer season? Fly through a major European hub, of course. And choose low cost airlines.

Or you can fly from Dubrovnik to London on the same airline (€36 per person one way in June 2012) but the route is available from mid-April only.

The conclusion is really simple: if you want to fly from Croatia to Greece, your best bet is to fly from Zagreb to London and then take another flight to Athens. Because both routes are served by low cost carriers you won’t pay that much but be prepared to spend a night in London, depending on the flights’ schedules.

Ferries from Croatia to Greece 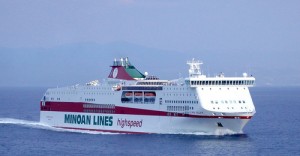 Unfortunately, although there were rumors about a direct ferry connection between Croatia and Greece, nothing has been done and you’ll have to connect through Italy.

So, the first step is to take a ferry from Dubrovnik to Bari. Jadrolinija operates most ferries on this route and you will pay €37.50 one way, during the low season for a seat on the deck. During the high season (Jun 24 – Aug 28), the same seat costs €45 one way. The travel time is about 7 h.

Read more about:
>> Getting from Dubrovnik to Bari
>> How to get from Croatia to Italy by ferry

Once in Bari, you can take another ferry to Igoumenitsa, Patras, Cephalonia/Kefalonia or Corfu. The crossings take between 8 h and 15h depending on where you want to arrive in Greece.

You can also connect via Ancona. There are two connections from Croatia to Ancona: Zadar and Split. And from Ancona you can take another ferry to Patras or Igoumenitsa; but the crossing time is between 15 h and 21 h.

Trains from Croatia to Greece 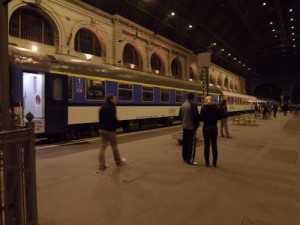 An easy way to travel between Croatia and Greece by train is to connect via Budapest (Hungary) and Bucharest (Romania).

There are direct trains from Zagreb Glavni Kolod to Budapest Keleti (because that’s where you’ll board the train to Bucharest Nord Gara A). Trains leave Zagreb at 4:08 p.m. daily. The travel time is about 7 h.

>>read more about Getting from Zagreb to Budapest

From Bucharest board the train to Thessaloniki. There’s only one connection per day and the travel time is 18 h.

It is a very long route but on all night trains you can choose a cabin. Prices aren’t available online as you are crossing four countries, but you can also get Eurorail pass for this part of Europe. From personal experience on part of this route, it’s safe to say that prices average around €30- €50 per person one way, for each leg of the journey.

>>read more about Getting to Greece by Train

Buses from Croatia to Greece

Figuring out bus connection from Croatia to Greece is even harder than figuring out the train connections. Actually there aren’t any bus connection from Zagreb to Central/Eastern/Southern Europe, so if you try to replicate the itinerary above, you’ll still need to travel by train either to Bucharest or to one of the Romanian border cities (Arad, Timisoara, Oradea). From there you can catch a bus to Thessaloniki or all the way to Athens. Eurolines serve the route from Romania to Greece.

Driving from Croatia to Greece

First of all, ask whether you can take the rental car over the border and across several countries. Then, you can plan the route overland via E-75 and E75 , if you depart from Zagreb. It’s 1564 km to get to Athens and should take about 16 hours to drive. However, make sure to stop along the way.

This is the route from Zagreb to Athens without ferry crossings

Photo credits: Athens Airport , Ferry , Budapest Keleti by Cristina Puscas and may not be used without permission