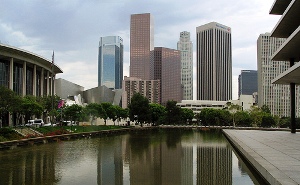 California, the largest US state by population, is famous for Disneyland, Malibu, Hollywood, Golden Gate, Napa Valley and the incredible weather. With so many things to do, the first time traveler should find a focus city and plan the vacation around that place. If your vacation plans include some days spent at Disneyland, then it’s a good idea to choose Los Angeles as your base.

When flying into Los Angeles, there are several airports to choose from. The largest is Los Angeles International Airport, better known as LAX. The airport is located about 16 miles from downtown and is a major hub for United Airlines. When looking for cheap flights to LA , it’s a good idea to start with United Airlines or other airlines which have bases here, such as American Airlines, Delta Air Lines and Alaska Airlines.

For those planning to get to Disneyland without stopping in LA first, John Wayne Airport is the better alternative, located just 14 miles from the theme parks. It is the airport which receives Southwest Airlines flights , so make sure to check their offers especially if you fly from cities such as Phoenix, Chicago, Las Vegas or San Diego (which the airline uses as focus cities).

Finding a place to stay

Los Angeles is a large city so finding the perfect place to stay can be quite a daunting task. Cheap hotels in Los Angeles can easily be found in the areas around Glendale or Pasadena. But these are far from downtown and beaches so you need to take into account that you’ll have to travel quite a bit to get to the tourist attractions. With a bit of research you can find some affordable places to stay in the Downtown or even the Hollywood area, but most likely you’ll have to get used to the public transportation system if you want to see as much of the city as possible.

Even if your vacation plans aren’t centered on Disneyland, chances are you’d want to visit the park sooner or later. There are easy ways to get from Los Angeles to Anaheim , which is, technically, where the park is located.

If Disneyland is on your agenda, you might want to look for a place to stay right within the park. Hotels in Disneyland come in many shapes and sizes, but generally speaking, the ones within the park will be a bit more expensive than those located outside the park. Lately, however, many hotels offer packages which include not only free nights but also tickets to the theme parks and other services.

Better yet you can look for deals on hotels in Anaheim and you’ll be saving some money on accommodation, for sure.