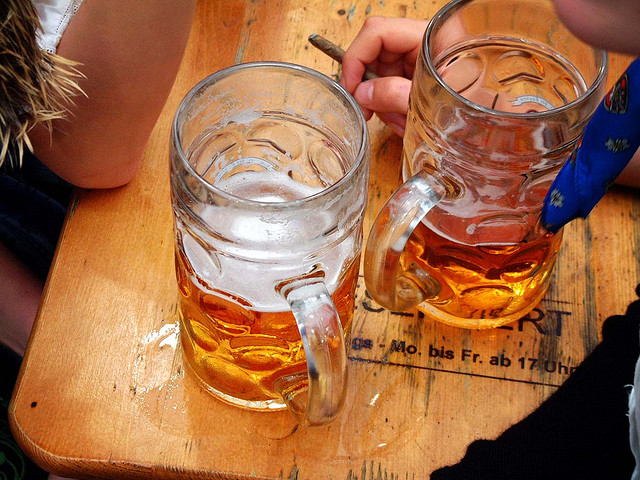 Oktoberfest is a 16-day festival held annually in Munich, Germany. Despite its name, it runs from late September to early October. It is one of the most famous events in Germany and the world’s largest fair.

The event is held in an area called Theresienwiese, close to the city’s center. While beer is the main star of the festival, local foods are also enjoyed during the fair.

All beer served at the fair must be brewed within the city limits of Munich and have about 6% alcohol. All beers served must abide to the German Beer Purity Law.

Prince Ludwig (later to become King Ludwig I) was married to Princess Therese of Bavaria in October 1810. To celebrate the citizens of Munich were invited to a festival held on the fields in front of the city gates (called Theresienwiese). The event was closed with horse races and the next year they decided to repeat the horse races. Hence, the festival was born.

In 1854 the festival was cancelled due to a cholera epidemic, while in 1866 and 1870 it wasn’t held due to wars. In 1873, it was canceled again due to cholera epidemic. In 1881 the first bratwurst (sausage) were sold at the festival and in 1892 the beer was first served in glass mugs. By the end of the 19th century, the booths became beer halls as the organizers wanted more room for the musicians and the guests.

Since 1950 there has been a traditional festival opening : a twelve gun salute and the tapping of the first keg at midday.

In 2005, the concept of “quiet Oktoberfest” was introduced to keep the festival family-friendly. Until 6 p.m. only quiet music is played, leaving the partying music for later in the day. 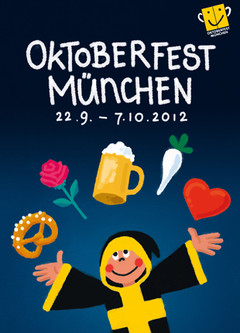 There are currently 14 large tents at Oktoberfest. Here is a list of some of these tents :

How to get to Munich

Munich is served by the second busiest airport in Germany. But during Oktoberfest this only means that a lot of people choose to fly here and the fares skyrocket. Even low-cost carriers aren’t that cheap during this time of the year.

Expect to pay from €112 one way on Air Berlin should you choose to fly from London in late September. Fly from Paris and the fare is €169 one way on Niki. But you can do something to lower the price: fly into another city and travel by train to Munich. Train travel in Germany is well organized and there are connections all over the country. Book your ticket up to 92 days in advance to get the discounts.

I’d start with the obvious: unless you somehow managed to score a very good deal way ahead of time, don’t stay in Munich. The city is expensive anyway but during Oktoberfest the prices skyrocket.

Since the festival takes place in late September (Sept 22 to Oct 7, 2012 to be exact), don’t count on warm enough weather for camping. Although in a dorm you can pay from €10 per night for a bed (within a campsite). And remember that some budget hotels have a 3-night minimum stay policy.

Where to stay then?

However, in order to save some more money and if you travel with a group of friends, consider buying group train tickets.

Read more about:
>>How to Enjoy Oktoberfest on a Beer Budget
>>Guide to Munich’s Oktoberfest
>>Oktoberfest in Munich