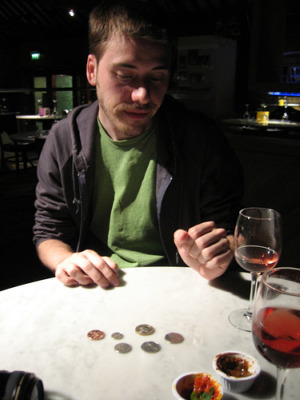 Luckily, flying to England from the U.S. isn’t as expensive as flying to some other European countries. Getting a deal on airfare to Milan, for instance, is often a huge challenge – whereas finding cheap airfare to London tends to be much easier. It makes sense, really, as London Heathrow is one of the world’s busiest airports – with the huge numbers of flights going in and out every day, it’s easy to understand why so many great deals on Europe airline tickets are routed through London.

But even if you get a great deal on a flight into London, the city is still extremely costly to visit. And if London is your gateway into Europe and you’re planning to visit other places after that, you’ll need to save money wherever possible in order to extend your travel budget.

No matter where you go, one great way to get more for your money is by staying in hostels in Europe instead of in more expensive hotels. Europe is absolutely full of hostels, so finding a cheap bed shouldn’t be too difficult – although in England you’ve also got the option of B&Bs in many places which can be another inexpensive alternative. B&Bs aren’t usually as cheap as hostels, but they’re often much cheaper than hotels – and full of personal service and character.

It can be challenging to find hostels in some European cities, however, if those cities aren’t known for being major tourist destinations. Milan, for example, is a big business travel city but not a budget traveler’s paradise. Yes, there are Milan hostels, but they’re fewer and farther between than the hostels in Rome or Florence – not to mention the fact that they’re less-than-ideally located for visiting the city. Cheap Milan hotels may be a better choice, especially if you’re traveling with a friend or two and can split the costs.

There are other cities like Milan around Europe, where you might have to be more creative when thinking about ways to save money, but there will always be a cheap bed available somewhere – whether it’s called a hostel or not. And provided you’ve managed your money well in England, you won’t have to resort to something like sleeping in a train station or on a park bench by the time you’ve reached Italy!