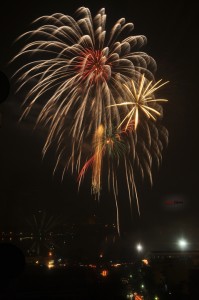 Although recognized in Vietnam, the Gregorian New Year has not been generally accepted in the country and particularly in the countryside. So Tet is a lot more than just the New Year spent in the West.

When does Tet fall?

Each year, Tet falls between the last ten days of January and mid-February.

Tet dates for the upcoming years:

What is the meaning of Tet? 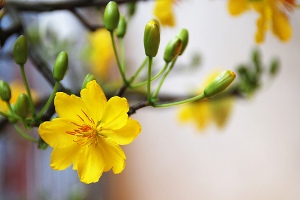 For a nation of farmers, Tet always represented a festival marking the communion of man with nature. It’s the time of rest after 12 months of labor but also a time of renewal. For three days, people take extra care not to show anger and not to be rude with anyone. After the festivities, everyone gets back to their daily routines.

As a general rules, extended families gather to spend Tet together. Children promise to be well-behaved and most often they receive gifts wrapped in red paper. Joss-sticks are lit on the family altar and the family graves are visited. Tet is the celebration of both the beginning of a New Year and spring.

A special celebration is held at the mid-night hour on New Year’s Eve, involving firecrackers and gongs in order to make loud noises to usher out the old (year) and welcome the new (year).

New clothes are purchased for the first day of Tet and old debts should be paid before the New Year. Houses are decorated with Hoa Mai, a yellow flower which represents spring.

The first person who visits a house on the morning of Tet is very important; the person should be rich, happy and prestigious in order to ensure a rich and happy New Year for the family. Whatever you do, don’t visit people who are in mourning since that is associated with death.