What to Eat in Switzerland: Famous Swiss Foods

When it comes to the culinary traditions of Switzerland, most people know three things: cheese, chocolate, and wine. And with good reason; these are among the most popular foods produced in Switzerland, and the quality of each is excellent. But aside from these standbys, what you’ll eat in Switzerland will vary depending on which part of Switzerland you are visiting.

In the south towards Italy, such as in Ticino, you’ll find more Italian influence in dishes like risotto, polenta and pasta. Likewise on the German side, sausages, potatoes and sauerkraut figure more prominently, and on the French side, you’ll see more of the rich sauces and fondue seen in the French Alps. No matter where you are traveling in Switzerland, here are a few of the dishes you won’t want to miss. 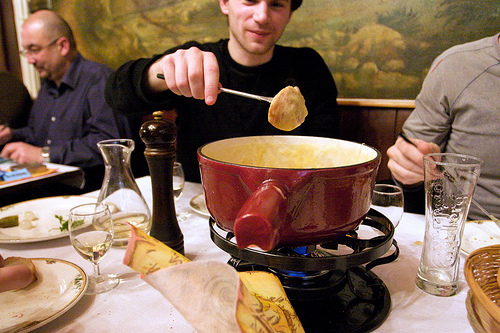 If you simply ask for “Swiss cheese” in Switzerland, you may get a few funny looks. While the country does produce some of the mild, holey cheese you find under that name in the US, it’s generally used for sandwiches and considered a cheaper option.

Skip it, and instead go for one of the most famous Swiss cheeses, like Emmental,Gruyère, Vacherin, or Appenzeller.

Fondue and raclette, once eaten only in the Alps, can now be found in most cities with a healthy tourist trade. Fondue is cheese that is mixed with wine and then melted and served with bread, potatoes, meat, or apples for dipping. In the 1930’s it was promoted as the Swiss National dish by the Cheese Union, and now it’s on every tourist’s must-eat list. No self-respecting Swiss person would eat fondue in the summer, but you can find it served all year round; just be prepared for a pungent aroma and a lot of heat in any fondue restaurant no matter what the time of year. A close cousin of fondue, raclette is cheese that is melted (by way of a grill placed under or above it) and then smeared on bread, meat or potatoes.

Originally a breakfast dish, rösti is a popular potato dish from the canton of Bern. Today you can find it all over Switzerland, generally served as a side dish to meat. Rösti is made of grated potato that is usually fried with butter or oil until it resembles a hash brown cake. Basic Rösti is just potato, but you might also see varieties with bacon, onions, apples or cheese. 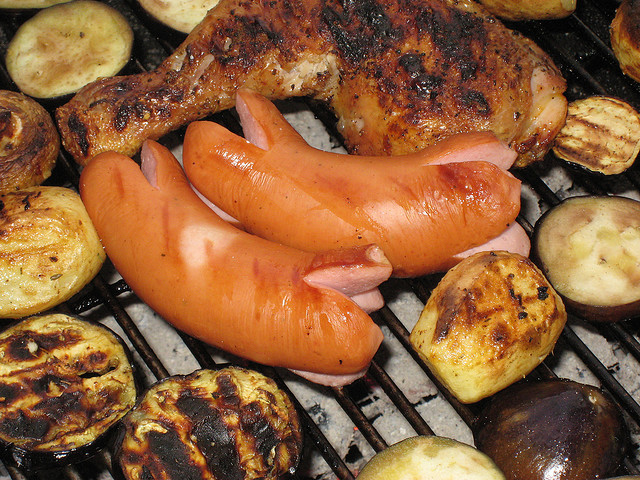 Particularly on the German side, you’ll see many different types of sausages served in Switzerland. One of the most popular and traditional is the cervelat, the national sausage of Switzerland. These sausages are recognizable for their smokey flavor and distinct shape – served with the ends cut open so they expand like a butterfly’s wings.

Switzerland’s chocolate production began in 1819 at Cailler(what is now Nestlé) in Vevey. Like Swiss cheese, Swiss chocolate owes it’s quality in part to the milk of the Swiss cows that graze in the foothills of the Alps. There are chocolate shops in every town in Switzerland so you won’t have to look far to sample some, or you can visit the Cailler factory near Gruyere. 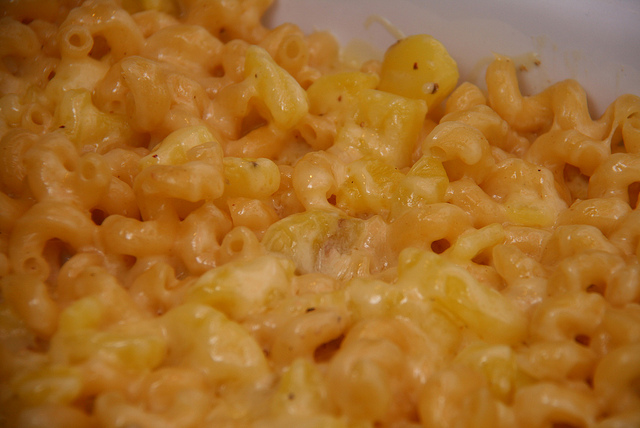 The Aline version of macaroni and cheese, Älplermagronen is a pasta made with macaroni, melted cheese, and additions like bacon, onions, potatoes or apples. It’s traditionally served in a communal bowl; everyone just dips their wooden spoons directly into the hearty dish.

Read more about what to eat in Switzerland